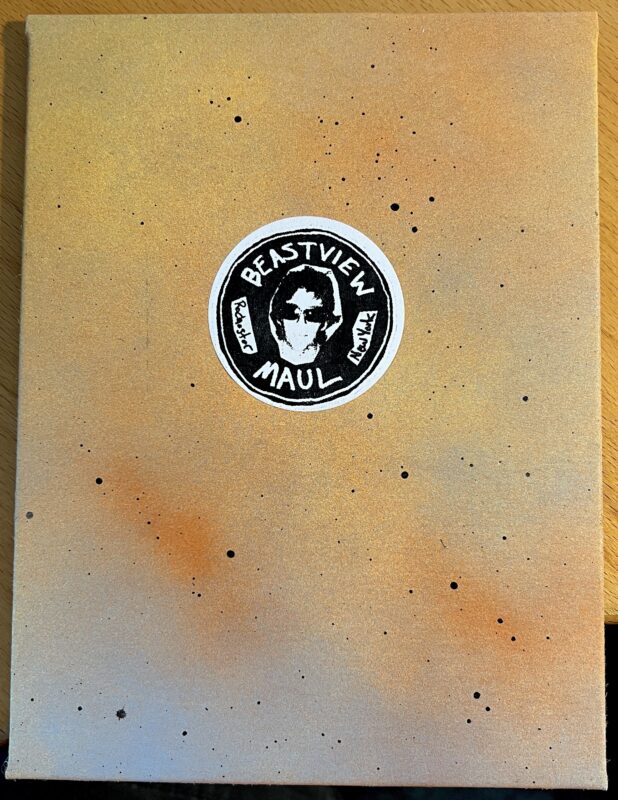 After about 10 years of lurking around and playing gigs in the deep underground of Western New York, Beastview deliver their first official release. A woozy attack on the dullards and creeps gumming up the World. The soundtrack to an entire culture putting on their best Armani suit and digging into a giant anthill to end it all. The Boz laughs as they eternally rot.

Comes in a chipboard envelope, hand painted with stickers.