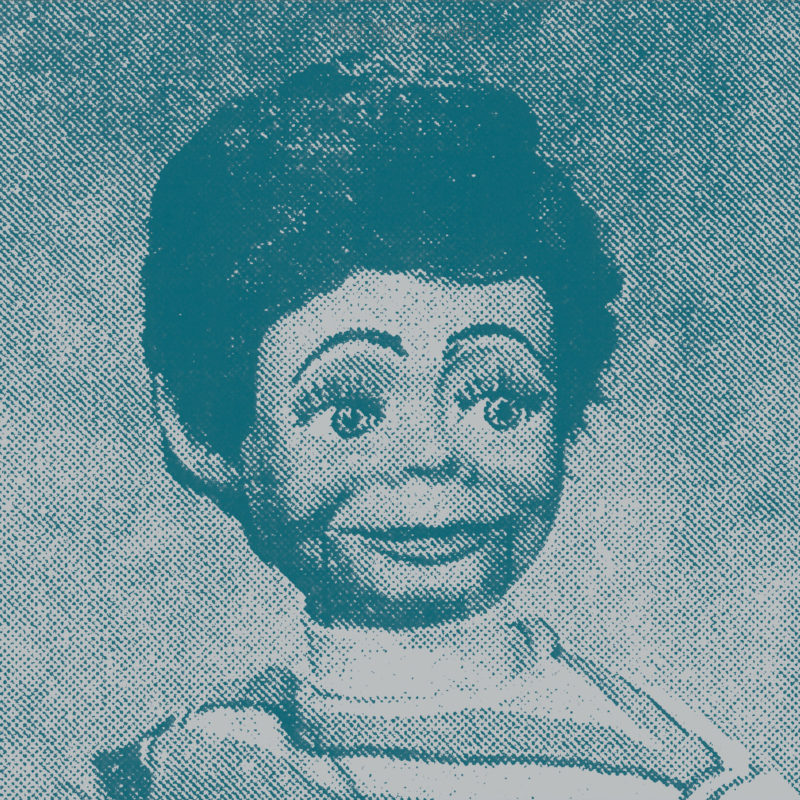 Hundreds of releases and countless live performances littered the path that lead to 2012’s Modern Jester, artist Aaron Dilloway’s last major artistic statement as a solo artist and one his most well received documents since leaving Wolf Eyes, the prolific noise troupe that Dilloway co-founded in the late 90’s with musician Nate Young. Within these pieces, we find a surreal treasure hunt that helps guide us through Dilloway’s obsessions, neurosis and influences while also developing a splintered maturity of someone with great complexity stumbling through a well thought out, yet totally unplanned “long game” of an artistic career. Since then, Dilloway has been busy collaborating with the likes of Genesis Breyer P-Orridge and Jason Lescalleet, releasing various short form sketches and running his retail outpost, Hanson Records, while slowly working on his next major album, The Gag File.

Introducing itself with the cover image of a posed dummy ready for his yearbook portraiture, The Gag File pick up right where Modern Jester left off; its identity is directly tied to an absurdly uncomfortable head shot that stays permanently fixed in the listener’s mind whenever the album is summoned.  The opening track, “Ghost”, sets the heartbeat for the record. A rogue pulse that becomes lost in a disjointed, trapdoor loop but becomes even more unorthodox as Dilloway introduces himself through parable of jumbled, confused vocals and phrasing.  Past this point, nothing in this record is typical or expected.

Sudden, crude cuts from one piece to another and psychotic jumps in fidelity make one rethink the ideas of confusion and desperation as something more abstract rather than visceral.  “Karaoke with Cal” and “It’s Not Alright” have an intoxicated sense of depression, taking in the world’s problems and regurgitating them back in hopes of finding some enjoyment. That enjoyment seems to be found in the non-music aspect of side B’s long form party field recording, that loops in on itself making sure you never really know when the party begins or ends, regardless of one partygoers claim.

Nods to Dilloway’s recent live performances have been unusually captured as the song “Inhuman Form Reflected” doubles as a sound portrait of the artist’s internal struggle with hysteria, but suddenly breaks away from a recorded song into an accidental segue way of someone on the edge. Most hallmarks of Dilloway’s signature are seemingly here but not firmly imprinted into the recording. Instead, Dilloway used his methods of vocal manipulation and frenzied reference to tell a completely foreign narrative, one that subjects himself to naked uncertainty, audible anxiety and discourse.

This is the black vinyl edition.