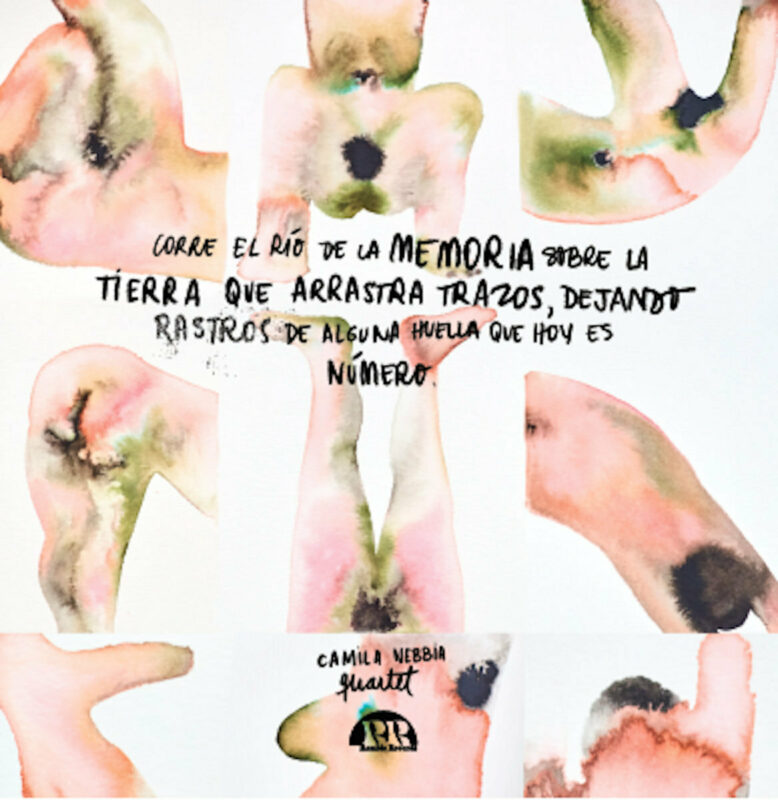 “The river of memory flows through the earth leaving traces now numbers” Is a work written in reaction to all the gender violence and different forms of violence and social oppression that we live in the world. Victims of abuse of power by the police and other repressive forces, racism and gender violence against womxn and diverse identities grow daily in all the world.

How do we fight against a system that kills day by day, leaving no more traces than a sad statistic? How accustomed are we now during all this period of time lived in the pandemic to see statistics and to perceive memory as just numbers?

What is the true distance that crosses us? How do we keep alive the memory of the victims?

The piece was done with the map of the Argentine Republic and each figure, word, or color represents victims of gender violence in the area, during the months of january to July 2020 in the country. Including the period of quarantine due to Covid - 19.

Within the country, no divisions were used to delimit the different provinces, to understand the territory as a unit and to be part of that unity between everyone. Some lines were outlined as a symbol of containment for the victims and victims’ families of the Argentine territory.

I hope that this piece can make us reflect, feel and vibrate together even in distance.

I hope that with this music we can transform statistics into sound, and may the music be to the memory of each soul.

This record was recorded in August 2020, after a long 5-month quarantine in Buenos Aires, Argentina.

Thank you Paula, Barbara and Violeta, for all of your trust, love and music, and thank you Florencio Justo and all the technicians of Doctor F studios for the opportunity.