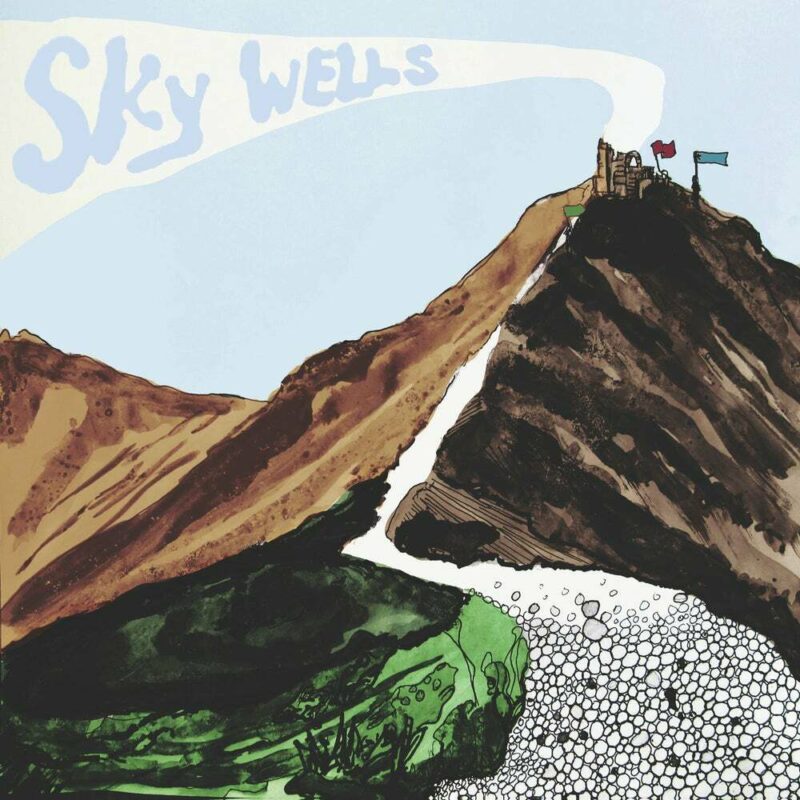 After seven years New Zealand’s Claypipe return with a new full-length album, Sky Wells. Claypipe was formed in the early 2000s when, after years of record trading, North Islander Antony Milton and South Islander Clayton Noone came together. Their musical chemistry was immediate and a slew of excellent cassettes, CDs and lathe cuts followed. They carved out a niche with a sort of pastoral psychedelia that brought to mind the forest as much the sea, the acoustic guitar as much the battery powered amplifier This earlier work culminated with their debut album A Daylight Blessing being released on MIE Music in 2014.

Work for Sky Wells began back in 2015 at the kitchen table of Noone’s home in Dunedin, his daughter Olive and her cartoons can be heard bleeding into these tracks, giving them a dreamy and surreal feel. Much of Sky Wells contains this quality; tactile percussive croaks find equal space with pulsing drones, haunted vocal moans and tape hiss saturated psychedelics. The album is harnessed in a sort of delicate balance. Despite the other worldliness of most sounds on songs like “Jericho” and “I Want To Run With The Trees,” reality remains intact with the simple pluck of an acoustic guitar or the definitive human-ness of repetitious spoken vocals. Even further balance is struck with the incorporation of utterly catchy songwriting. Sky Wells is bookended by “Colours, Dreams and Food” and “Bomb Lover,” which along with “Ultimate Violence” help to draw a connection to their homelands’ Flying Nun lineage - through a truly experimental lens, of course.

Though Milton and Noone are accomplished solo artists and seasoned collaborators it is their union in Claypipe where they shine the brightest. As a duo they capture a special sense of place and time that is uniquely their own. While their music is steeped in New Zealand experimentalism, it never loses sight of the craft and songwriting where much of the country's tradition first began to take shape. This connection to tradition while still pushing to what lies beyond is perhaps best summed up by Milton himself as music that “evokes a sense of the landscape, but more the landscape of dreams than of actuality.”