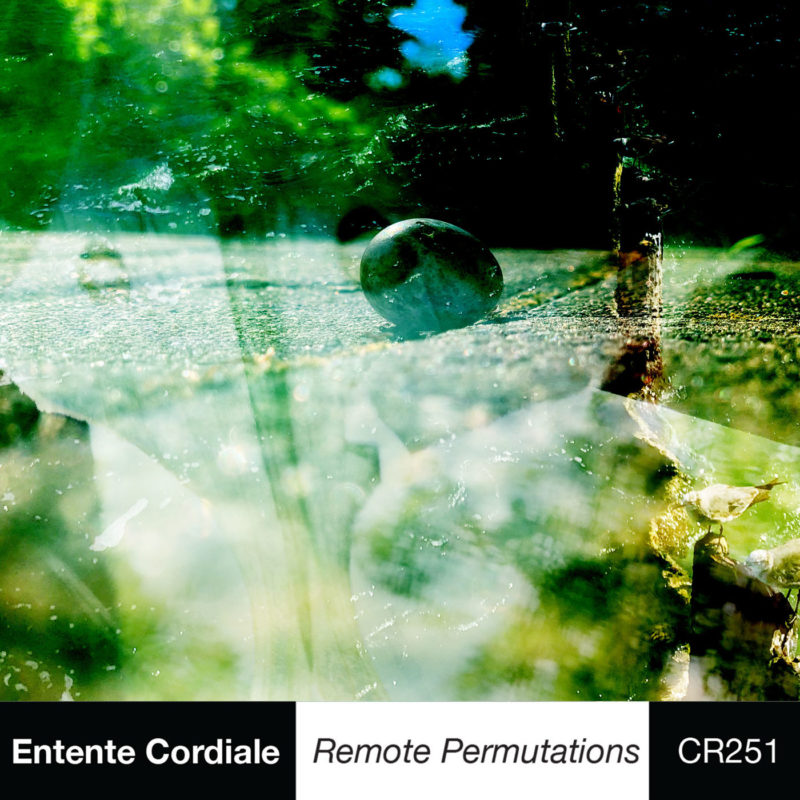 Remote Permutations consists of 6 tracks recorded during the COVID19 Pandemic lock-down. Entente Cordiale is the trio of Chris Reeg, Will Veeder, and Joe Tunis, playing a variety of string and synth instruments. The idea behind the release was to have each member create two base/starter tracks, and then in varying orders, the other two members would overdub, creating a complete set of all combinations (permutations) of the trio. 3! = 3 x 2 x 1 = 6.

def. Entente Cordiale
n 1: an informal alliance between countries [syn: entente]
n2: a friendly understanding between political powers [syn: entente]
n3. an agreement between two or more governments or powers for cooperative action or policy: "the economic entente between the Soviet Union and western Europe" (Robert W. Tucker).
n4. the parties to such an agreement.
n5. a fluid collection of string oriented players, creating drones, textures and a collective secular trance.