When Loren Connors moved to New York in the 1990s, the Hell’s Kitchen neighborhood was already undergoing transformation from a bleak Irish-American slum into a favored destination for adventurous diners and residents who can afford above-average rents. But as he walked its streets, camera in hand, he snapped glimpses of the place’s cruel old character. Back in his apartment, guitar in hand, he transmuted some of those images into sound.


9th Avenue contains some of that music. Connors originally released it in 1995 on CD via his own Black Label. It came right at the beginning of a veritable flood of Connors releases. Unlike many of those records, it was not particularly hard to get, because Forced Exposure was handling Black Label’s manufacturing and distribution. The algebra of scarcity and desire makes some records loom larger than others, and 9thAvenue has, rather unfairly, not enjoyed quite the same eminence as some of its rarer contemporaries. So, what better time to reevaluate it than on the occasion of its reemergence as an LP?


Like many of Connors’ records, 9th Avenue is brief. Its 11 tunes last just under half an hour in total, and since that music mostly comprises a couple tracks of electric guitar, which were recorded to 4-track cassette, the change of format significantly amplifies the music’s grainy textures in ways that magnify its affective and associative impact. The rhythm track of “In Cushman Row,” for example, is as rough as a concrete stairstep used as a pillow, and its stabbing lead as raw as a soused exile’s cries.


Connors’ mid-1990s recordings synthesized the fleeting impressions of the neighborhood’s old character into coal-like lumps of mourning, memorials for the Irish exiles who settled there and their children who grew up in bleak slums. The squalling leads of “Thunderbird” hit you in the face like the first blast of wind when you leave a sweatshop or bar at closing time. The quieter, quivering exchanges of “Shadows” apply the affective devices of the blues to the contrapuntal structures of J.S. Bach. And the forlorn wail of the closer, “Siren,” leaves little hope that the soul being transported is likely to spend much time on earth after the ride is over.


But the album’s darkness is balanced by other moods. Even though the first delicate notes of “Dawn on 47th” get overtaken by roaring power chords, there’s no denying their intimations of grace. And the voices of children playing in the next room from the guitarist on “Little Wind” are comforting reminders that even in cramped quarters, contiguous spheres of joy and creativity can coexist. With six strings, an amp, and a fuzzbox, Connors connected the memories of a particular place and time to some universal truths of existence. 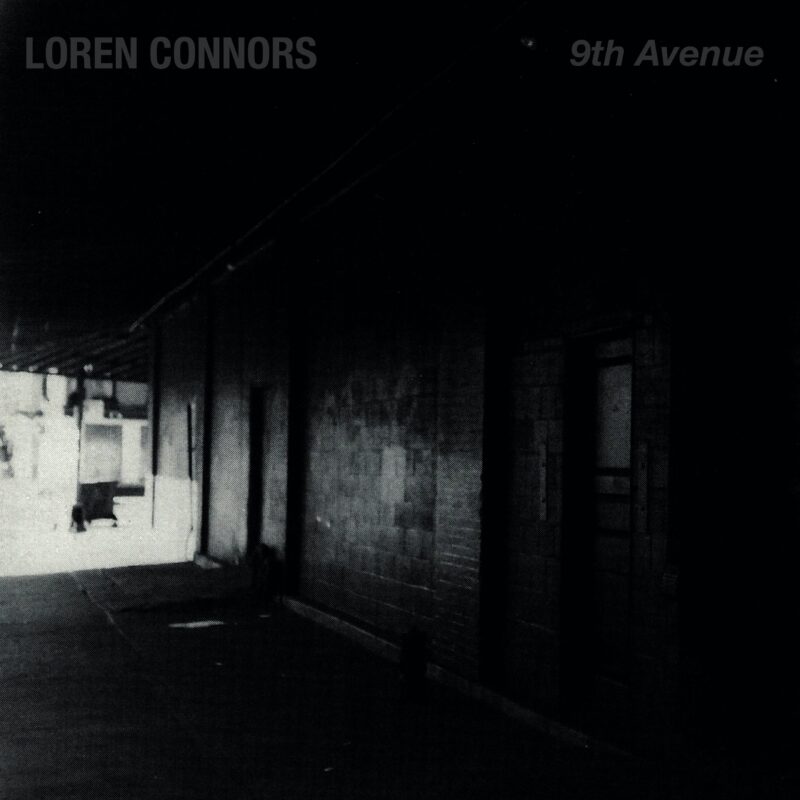 Other Reviews by Dusted