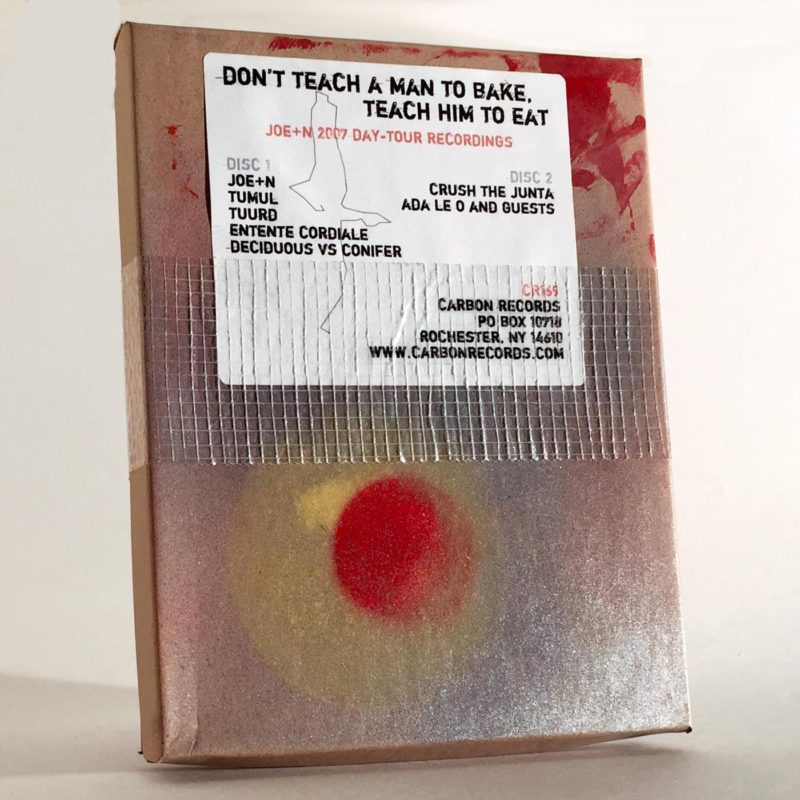 2 disc set consisting of recordings from the Joe+N 2007 Day-Tour. The theme of this day-tour was to incorporate each of the bands Joe was involved in at the time. So each stop on the tour, a different Joe+N related band would perform either acoustically or with battery-powered amps/instruments. The release consists of tracks from Joe+N, Tumul, Tuurd, Entente Cordiale, Deciduous vs Conifer, Crush the Junta and Ada le O (with guests). [packaged in a 5x7x1 box, sprayed/splattered, stickered and taped shut. along with sprayed cdrs]