neither painting nor sculpture 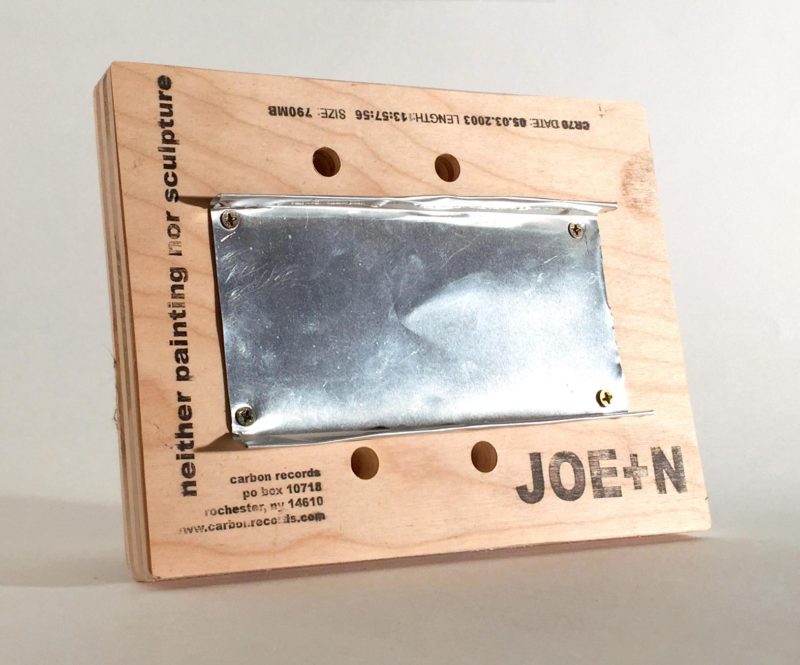 neither painting nor sculpture

from the liner notes: "anyway, it got me thinking about creating a piece of music, a recorded history of something real-time, where i wouldn?t really be hearing the main part of the recording, being the "composer", but then recording other pieces to affect the final piece, still not knowing the true outcome, since i?m not sitting here listening to an 8hr piece. i had a mic recording my backyard from 8am to 5pm (some were shorter due to hard-drive limitations), and throughout the day, i would recorded pieces on a separate device, in my car, at work, with my daughter, and would note the exact time. i would then comile the final piece by layering those pieces onto the day-long recording, in the correct time slot. a record of history, storing it in an uncommon medium for the purpose, where the medium ceases to be just that, the medium, but rather the artwork itself. the fact that the purchaser probably won?t ever install the drive and listen to the piece, pushes this idea one step further." [limited edition of 7! internal IDE Hard Drives. FAT32 file system. contains MP3/WMA file and liner notes in Rich Text Format. mounted to 3/4" plywood which has been modified using screws, nails, holes, etc. laserprint lettering applied using colorless blender marker (contains Xylene) ]